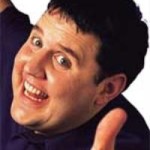 Peter Kay, the multi award-winning star of the Channel Four hit TV series Phoenix Night’s and That Peter Kay Thing, is probably the most popular comedian on the circuit today. His critically acclaimed 1999 tour of the North East was a sell-out success and the subsequent video releases Peter Kay Live At The Top Of The Tower, and Peter Kay Live At The Bolton Royal Albert Halls, became best-sellers. Peter’s unique brand of stand-up has attracted a massive following and won him a prestigious Perrier Award nomination in 1998 and a British Comedy Award. His popularity was further underlined by following Jack Dee in as the comic face of John Smiths bitter with a series of amusing advertisements. In between his massive schedule Peter still finds time to work the many corporate functions he is offered. ‘A brilliant stand-up comedian.’ – The Times 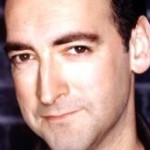 Star of Alistair McGowan’s Big Impression and Mayo, this brilliant impersonator has many television appearances to his credit. He is also well established as an after dinner speaker and has spoken at events as diverse as The Professional Footballers Association Annual Dinner and The Royal Television Society Awards. Alistair has appeared on television as a comic on a long list of programmes which includes: The Stand-up Show Oddballs, Auntie’s Sporting Bloomers, Tarbuck Late, The Comedy Store, Talking Telephone Numbers; he was part of The Royal Variety performance in 1995, and also appeared in A Royal Celebration 1998. 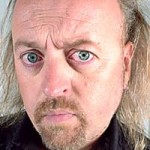 Bill made a critically acclaimed Edinburgh Festival solo debut with his show Cosmic Jam in 1995 and received a Perrier Award nomination for his second 1996. Bill has completed five major UK and International tours and was awarded the Best Stand−up at the British Comedy Awards in 1999. Cosmic Shindig offered fans the unique experience of hearing a selection of Bill’s favourite songs and sketches performed with a full orchestral backing. In November 2007 Bill performed to sell out crowds with his brand new live show Tinselworm. The tour took in all the major national arenas, finishing with 2 dates at Wembley. Bill’s TV and film credits include 3 series of Black Books, in which he stars as Manny alongside Dylan Moran, Team Captain on BBC2’s Never Mind the Buzzcocks, Q.I., Jonathan Creek and Wild West for BBC1, his own 1998 series, Is It Bill Bailey, and the feature films Hot Fuzz and Saving Grace. 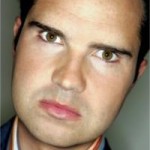 One of the most original and distinctive new stars on television, radio, stage and now the big screen, Jimmy has shown his talents to huge success this year. Recently, Jimmy has hosted two hit Channel 4 series: The Friday Night Project and most recently 8 out of 10 Cats, gaining an audience of 5 million viewers for its last show. A 2nd and 3rd series of 8 out of 10 Cats are now confirmed for 2006. He has appeared on many other hit shows such as the Royal Variety Show (for the 2nd time), BBC1’s Friday Night With Jonathan Ross, BBC2’s Top Gear, QI, Have I Got News For Your (panelist and guest hosting) and hosted several Specials such as C4’s The Big Fat End of Year Quiz and Comedian’s Comedian. Other UK television guest appearances include Des O’Connor Comedy Tonight (ITV, Aug 03) Have I Got News For You (as panellist, BBC2, May 03), The Royal Variety Show (BBC1, Dec 02 & 04) and Peter Cook: A Posthumourous Tribute (BBC2, Dec 02). Jimmy is also fast becoming a face on US TV: He has performed a remarkable three times on NBC’s Tonight With Jay Leno, and twice on NBC’s Late Night with Conan O’Brien, and return visits to both these shows are in the pipeline. 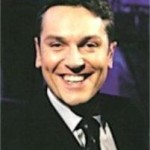 Brian Conley is one of the UK’s most versatile and popular performers. He has become a household name thanks to such diverse characters as Dangerous Brian, Nick Frisby “It’s a puppet”, Doug Digby and the legendary Al Jolson. He was born and raised in West London and studied Performing Arts at The Barbara Speake Stage School and then at the age of 16 hit the road and made a living performing cabaret in nightclubs. He began his TV career as a warm up man for Terry Wogan, Noel Edmonds and Kenny Everett, but soon started appearing in front of the cameras with regular appearances in Five Alive and Live from the Palladium. He was soon snapped up by ITV and given his own starring vehicle to demonstrate his unique and versatile talents, this was Brian Conley – This Way Up which was followed by The Brian Conley Show. He was then offered the lead roll in Time after Time which was awarded The British Comedy Award for Best ITV Sitcom. 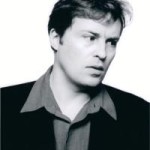 Ardal O’Hanlon shot to fame after playing the dim-witted Father Dougal Maguire in the classic sitcom, Father Ted. After attending Dublin University, Ardal and friends established Ireland’s first alternative comedy club – The Comedy Cellar, based in Dublin. In 1994, he won the title of Comedy Newcomer of the Year and was soon spotted by the makers of Father Ted. He made the role of Dougal Maguire his own and kickstarted his television comedy career. In 1998, Ardal published a novel entitled, Talk Of The Town. It was also published in the US as the dubiously-monickered Knick Knack Paddy Whack. Ardal has since starred in Big Bad World and was the host of The Stand Up Show. He has guest-starred in shows such as Shooting Stars and 100 Greatest TV Characters. His most successful role to date has been that of Thermoman – alias mild-mannered shopkeeper, George Sunday – in the BBC sitcom, My Hero. The show has run to three series so far and is still going strong. 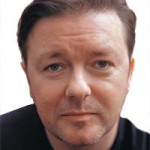 Ricky Gervais is best-known for co-writing, co-directing and above all starring as David Brent in the BBC sitcom series The Office – a masterpiece. Earlier in his career Gervais had appeared in The 11 O’Clock Show, and his own talk-comedy show, Meet Ricky Gervais. The 11 O’Clock Show was a brave attempt to blend current affairs with comedy and featured the excellent Iain Lee. In their different ways, both The 11 O’Clock Show and The Office crossed genres. One of the beauties of The Office is the understated, tounge-in-cheek-way in which it made fun of the observational documentary style. In his early days Ricky Gervais had spent several years as an entertainments manager for a student union, and for a while managed Suede. He also tried stand-up comedy, which he says he found “just too hard”. However 2004 saw him back on stage, with his show Politics. The Office was a hit both in terms of ratings and with the critics. Gervais won the Bafta award for best comedy performance for three years in a row, while The Office took two Golden Globes in Hollywood in January 2004, including Gervais winning ‘Best Actor’ for his role as David Brent – the first UK star to win a TV comedy acting prize at the US Golden Globe awards.

Comedian impressionist Ideal for mixed or all male dinners or corporate functions.

Regarded as one of the best ad lib after dinner comedy comedians.

A young comedian and winner of ITV’s “Stand Up Britain”.

A stand-up joke teller from Durham.

A clean, southern based comedian.

One of the finest After Dinner Vent acts you will ever see.

Ideal Comedian for Sporting or mixed dinners. A regular on armed forces dinners.

A workhouse quick witted comedian for all type of event.